On November 3rd, a female UConn student was assaulted by one of her peers. At approximately 2 p.m., the UConn senior approached the woman, “aggressively grabbed her buttocks,” and then made a run for it. Luckily, he was caught and is being charged with sexual assault in the fourth degree and breach of peace in the second degree.

Instead of supporting their classmate, some UConn guys decided to create memes, crack some jokes, and defend themselves against any student who called them out. These are some of their horrific comments, which are publicly posted on a UConn Facebook group.

“I won’t be apologizing for laughing at jokes that I think are funny and defending people who make them. Adults should be able to handle things they disagree with or don’t find funny.”

“Tbh…people are underappreciating the work and effort that goes into making dank quality memes.”

“…The chain reaction of triggering began with the people who didn’t know how to take jokes. Basically, if they didn’t get triggered first, the subsequent triggering of their triggering wouldn’t have happened.”

“Booty addiction is a real thing, hope this kid gets the help he needs.”

What are we learning exactly? Please, enlighten us.

“You should be able to joke about anything. Humor can actually help relieve stressful situations and besides that, it’s not an endorsement of the behavior. No one is promoting what the guy did. Joking about murder doesn’t mean you support murder…”

“None of us are saying rape is a good thing. Obviously it’s an extremely terrible thing. Even the dumbest of humans can decipher between a joke and a serious crime. But to say there is a rape culture is deceptive. It paints most males as rapists. Do you know where there is an actual rape culture? Male prisons… But I never hear a fuss about that.”

Roughly 200,000 men are sexually assaulted behind bars each year. That is a huge problem, no doubt. An even bigger issue, 683,000 American women are forcibly raped each year. When women are raped at a rate of 1.3 per minute, I think they are justified to “fuss about it.”

“I respect and love women…especially our women’s bball team cuz they are GOAT so sell me some ticks so I can go see a game.”

“Guys it’s okay to laugh at absurd things. Don’t use people’s laughter as the target of your social justice. The fact that he’s being laughed at is evidence that the behavior is considered abnormal.”

Fact check: 65% of all women have experienced street harassment. Extrapolated nationally, that is about 104 million women. In a study of 612 American women, 87% experienced harassment by a male stranger in a public place and over half of them were physically touched. 90% of the time happens in rural settings, 88% in the suburbs, and 87% in cities. So… no, this behavior is not “abnormal.” In fact, it has become far too normal. Maybe if men stopped making memes and started making movements this wouldn’t be the case. 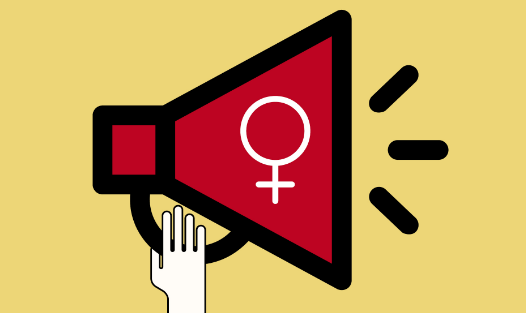