I started talking to Ben in the fall of my sophomore year of high school. Fast-forward through countless school dances, dinner dates at our favorite local pizza joint, and a constant supply of unconditional love and laughter, the end of our senior year rapidly approached. Unlike most high-school sweethearts who decided to attend colleges in close proximity, Ben and I both agreed we had to be selfish with our futures and go wherever our guts guided us. This meant that I would attend a four-year university in New England while Ben said goodbye to everything he has ever known and joined the United States Marine Corps.

On June 1st, 2014, Ben left for boot camp. I remember every detail about this heartrending day. I remember how it was the morning after our senior prom and although I had leftover hairspray caked onto my scalp, I refused to shower in an attempt to savor every literal minute we had left together. I remember how we thought we were going to make a grand goodbye breakfast of chocolate chip pancakes, but both of our stomachs were in knots and eating was the last thing on our unsettled minds. I remember watching him say goodbye to his loved ones, the most gut-wrenching thing I have ever witnessed, and choking back my tears as though my life depended on it. I remember hugging him with all of my might against his father’s gray pick-up truck, purposefully burning the back of my bare thighs on the hot car because the physical pain temporarily ameliorated the emotional distress. I remember watching his car disappear down my street, along with the safety and support I had become accustomed to for the past two and half years of my life.

But I am not here to write a novel about my love life (although there may or may not already be one in the works). Instead, I am here to address a few misconceptions about military relationships. Every time someone discovers my boyfriend is an active duty Marine, I get asked the same exact questions. On top of the unfailing “when are you going to get married?” (Sorry to disappoint, but I’m 19 and in no rush. Since when does a ring signify a couple’s admiration?), I am always asked, “How do you do it?”

Here’s the thing that people don’t understand: I am not doing anything. He is the one who has chosen to actively risk his life and start anew. I simply have his back. For me, it’s not about choice and it’s never been about choice. It was always beyond my control: meeting Ben, falling for him, and supporting his decision were not things that I actively contemplated, but rather choices that I made instinctively, without any regard or apprehension.

Don’t get me wrong; being away from Ben has been the most difficult thing I’ve ever had to endure, but it has also been the most eye opening. While the distance can be unbearable, I have never doubted our decisions or wished our fate were different. Yes, our future is in the relentless, apathetic, and unclear hands of the USMC and we are forced live life day-by-day, but the uncertainty has strengthened our bond and heightened it to a level it could’ve never reached otherwise. Not knowing when we will see each other next or where he will be stationed has made us appreciate endlessly the sporadic moments we spend together as well as the resilience and altruism of our relationship.

As I sit in bed, typing away in a hotel room in Jacksonville, North Carolina, waiting for Ben to come home from work, I feel strangely at home. That’s the funny thing about military relationships; home stops being a permanent place and becomes a feeling associated with a person. So, yes, military relationships are hard. But treating each day as if it were a rare gift on top of being adored ad infinitum by a man who has abysmal wisdom, unsurpassed manors, an unfathomable sense of loyalty, and the downright biggest heart is not hard at all, but a privilege and a pleasure. I wouldn’t trade it for the world. 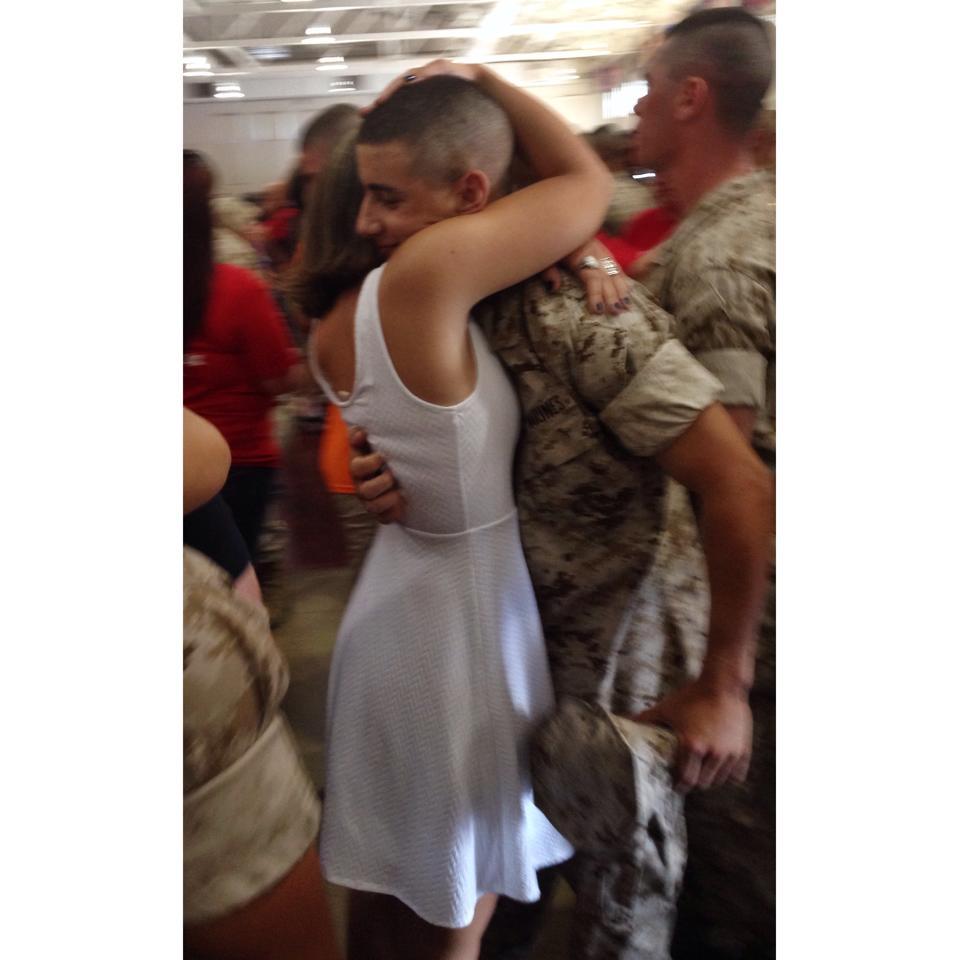 One day late but happy birthday to our fiercely smart, kind, funny, and beautiful founder, Lily!!
This. #worldpoetryday
When Women’s History Month kicks off on Thirsty Thursday 🥂
Duh 🧚🏼‍♀️